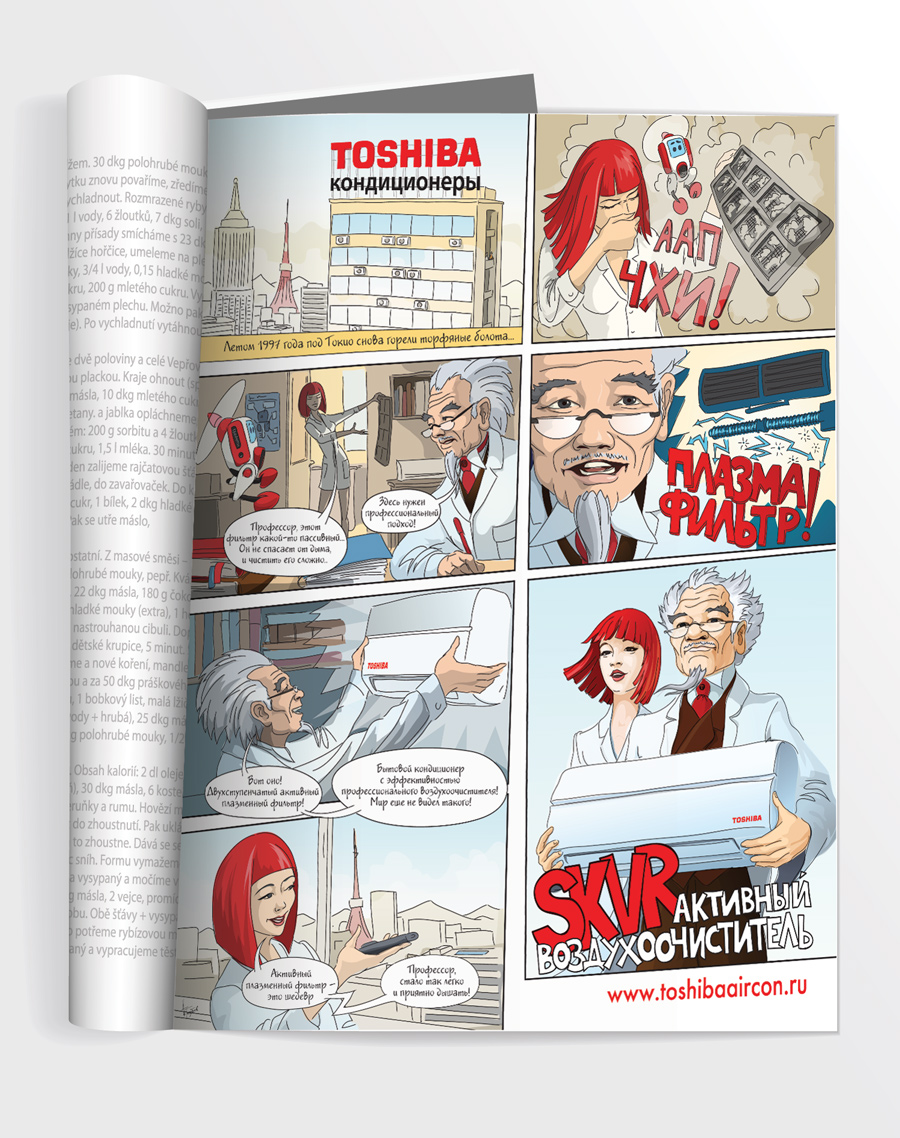 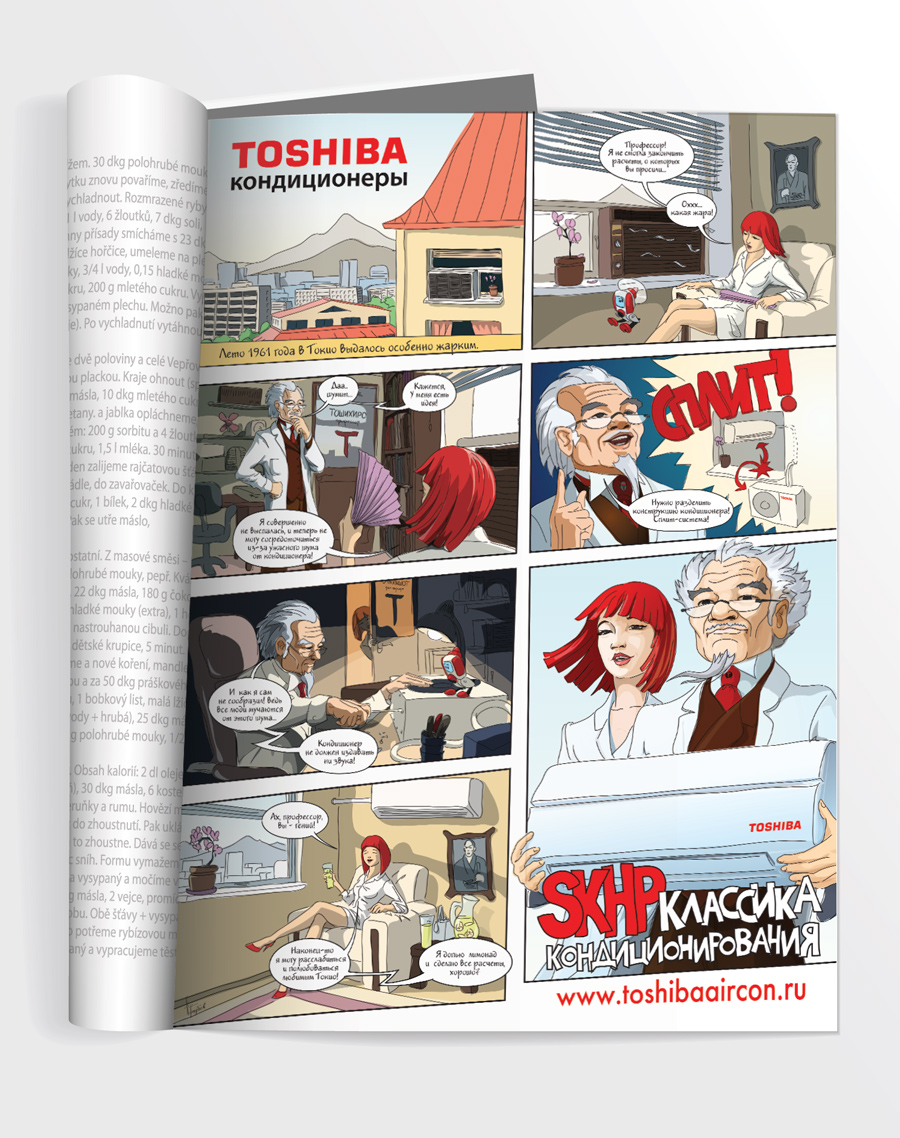 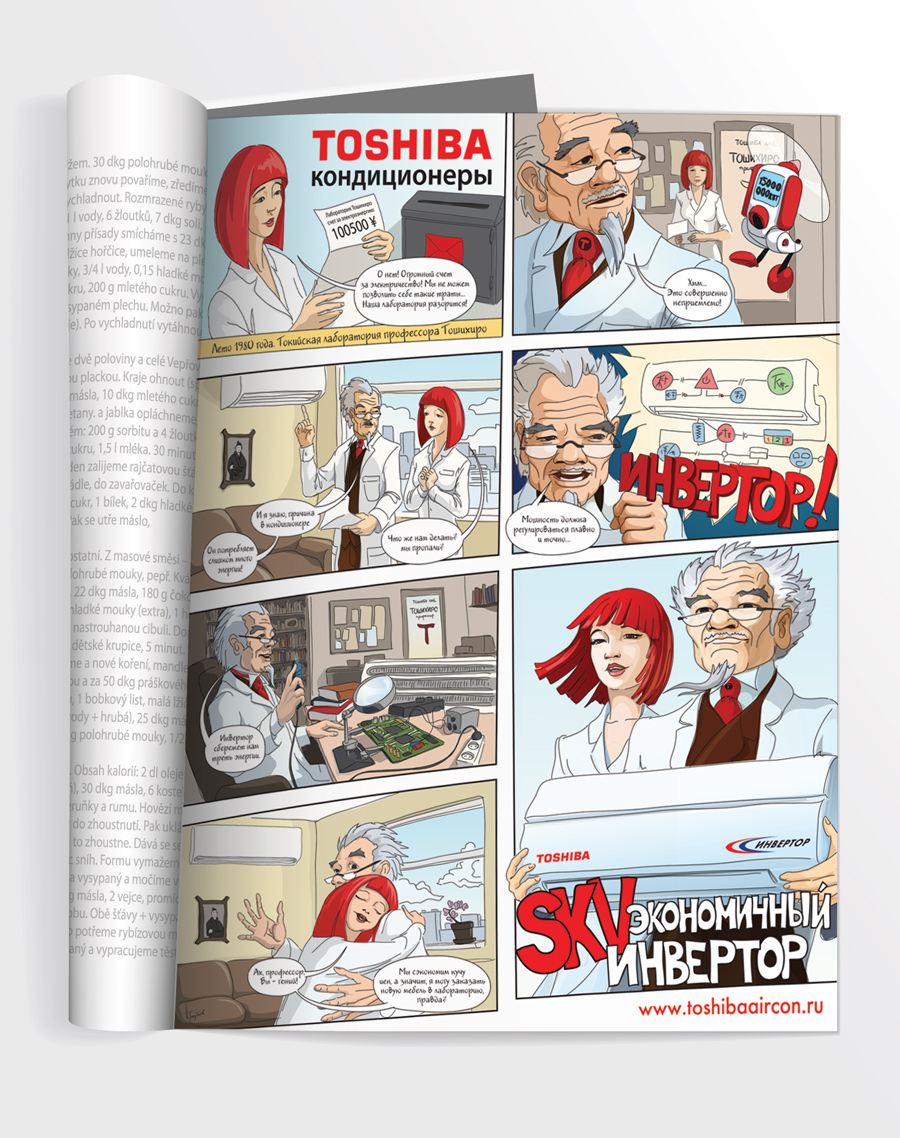 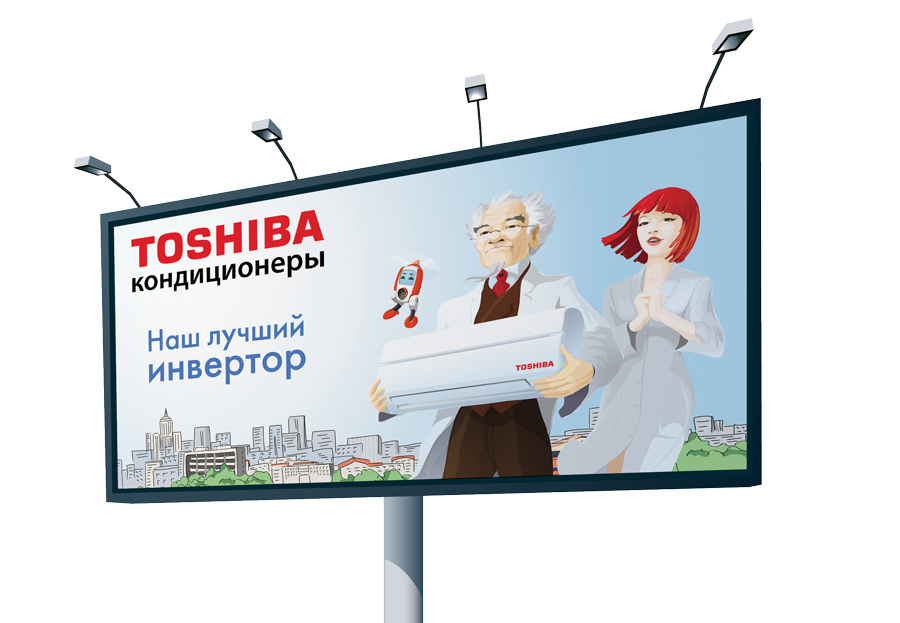 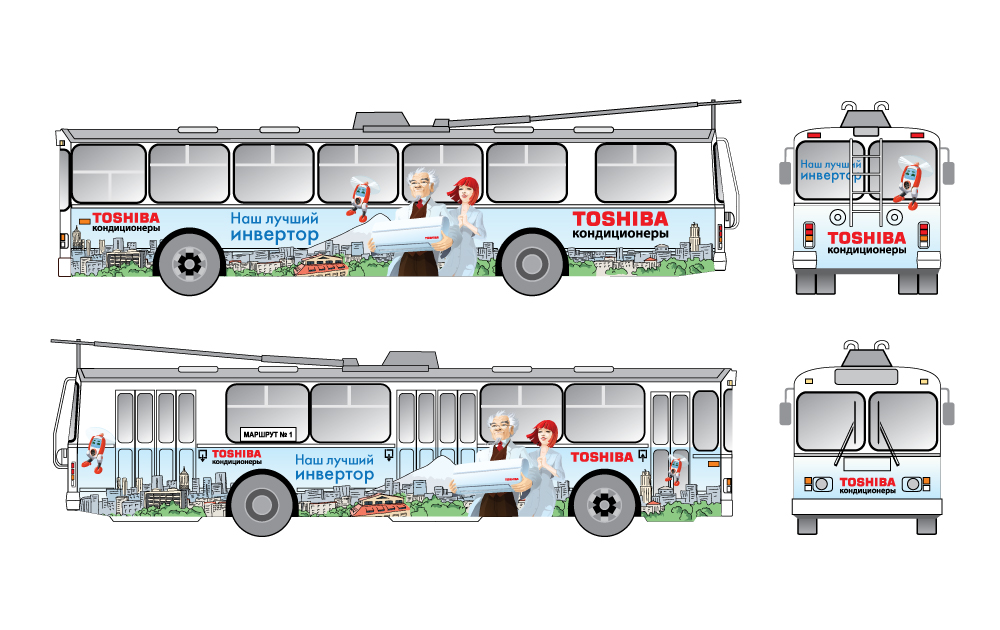 A series of comic stories about an ingenious inventor; Professor Toshihiro and his assistant Taki were developed in 2012 in order to support the Russian campaign “Toshiba Air Conditioners. Our best inverter.”